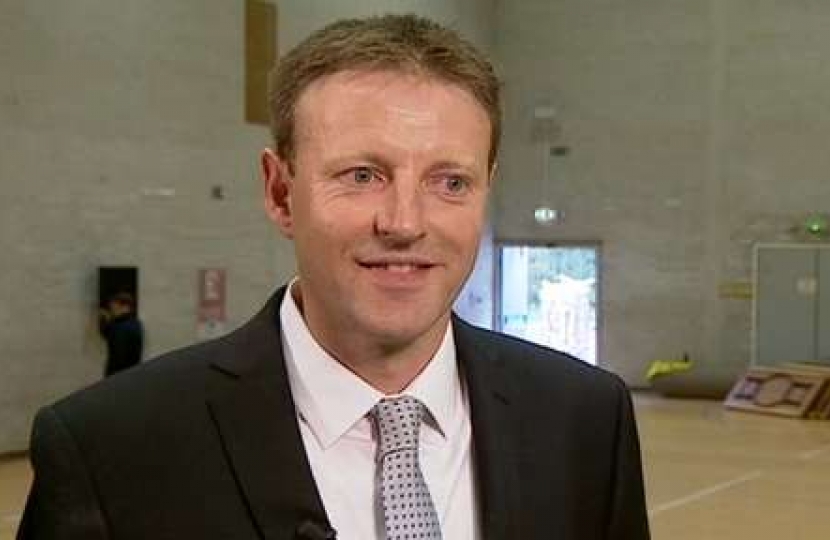 Derek Thomas MP, has welcomed Secretary of State Amber Rudd's commitment to tackle fuel poverty in the UK. A central part of this is to maintain pressure on the Big Six energy companies to pass on to customers the benefit of the current low level of gas prices.

Gas prices fell by just 1.3-5% to customers over the winter, despite substantial cuts in wholesale costs for the energy companies.

Amber said “Labour’s price freeze was a theme for why they were unable to reduce prices before the election. Now that threat is no longer there, I intend to keep up the pressure on them to act.”

Derek welcomes the fact that our energy bills are coming down and figures show fuel poverty falling – especially the fuel poverty gap. Energy bills of those with the highest energy costs have reduced. A falling fuel poverty gap means that policy support to keep homes warmer for less is reaching the right people. Derek Thomas said 'Rising living costs are particularly tough in West Cornwall because wages are relatively low.

Falling prices of essential things such as food and, in particular, energy makes things easier but we need to see prices fall much further and we need to win the battle to properly insulate our homes.' The Government's new target and strategy puts improving people’s homes right at the heart of the energy agenda because it is the best, most sustainable way of making a difference for people struggling to keep warm.

Mr Thomas, who sought to address the challenge of fuel poverty during the election campaign, believes there are wider benefits available by sorting out the problem of fuel poverty, 'We are well aware of the financial pressure on our NHS and I have been clear that reducing demand on health services must be a part of the strategy to ensure we have the services we need. It is estimated that fuel poverty costs the NHS in excess of £800 million each year and this money can be saved by ensuring people can keep warm.

I will be doing everything I can to help people access the help they need to stay warm and safe during our winter months'.

The Fuel Poverty Strategy released last March is available here [https://www.gov.uk/government/speeches/fuel-poverty-strategy-for-england]. The strategy sets out how we will meet a fuel poverty target we put in law in 2014 which will see as many fuel poor homes as possible achieve a much higher energy efficiency standard – Band C – than they do at present. At the moment, around 5% of fuel poor homes meet this standard – something we are determined to improve.