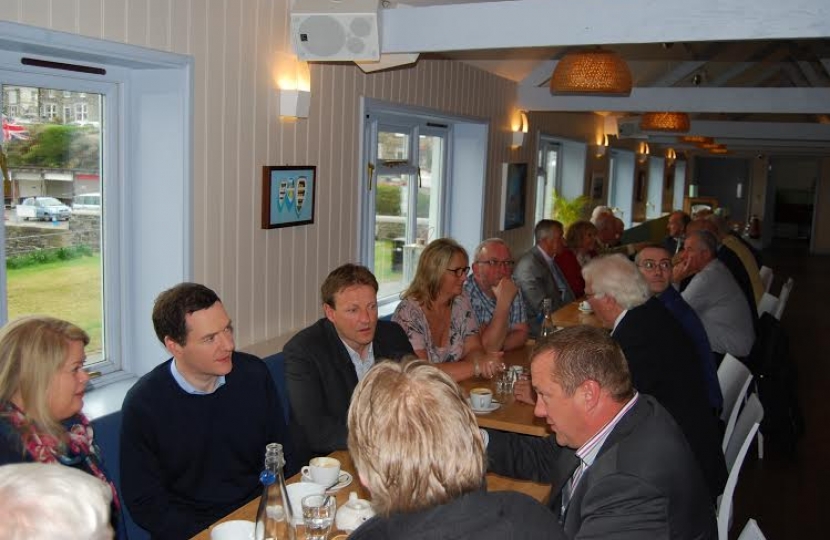 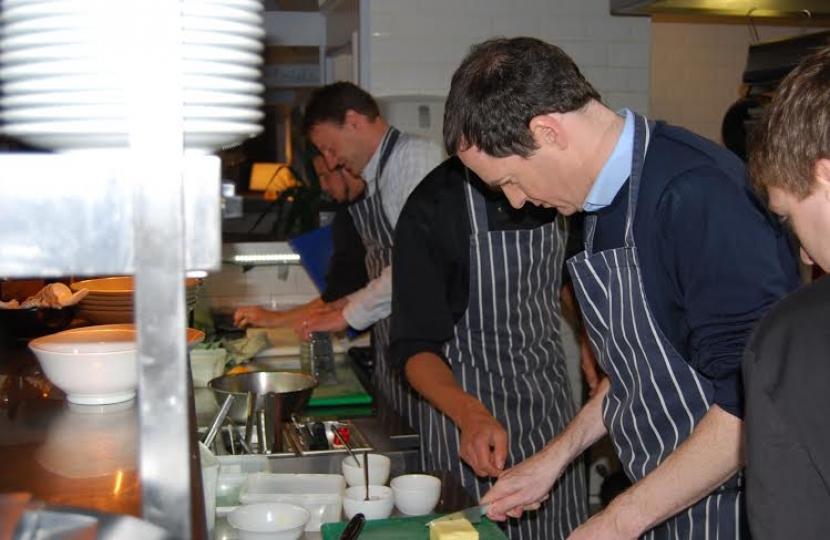 He visited the Kota Kai restaurant in Porthleven at the invite of
conservative candidate Derek Thomas and owners Jude and Jane Kereama.
They opened the restaurant in October 2011 and have turned it into a
Cornish coast success story.

Mr Osborne chatted with local business owners and discussed the
Conservative’s plans to get more young people in Cornwall on to
apprenticeship schemes. And he stressed the importance of every vote
on polling day.

George Osborne said: “We've set out a plan for the working people of
Cornwall - and small businesses are at the heart of that plan, because
they're so important to creating jobs in places like Porthleven.

“That's why our excellent St Ives candidate Derek Thomas wanted me
to meet with local firms to see what more we can do to back them. It
gave me a chance to talk about our plans to cut small business
burdens, and back key local infrastructure improvements to roads like
the A30.

“People I speak to say that the important thing to them is economic
security - and they are worried about what would happen to that
security and the jobs and investment that depends on it under a
Labour/SNP Government, particularly for the South West. Derek Thomas
has been a strong voice for the need for better paid and more highly
skilled jobs in West Cornwall, and he will continue to champion the
cause of Cornish businesses as your MP"

Derek Thomas said: "I'm pleased that the Chancellor came to Porthleven
and took time to talk to local business owners. He has shown that
despite our distance from Westminster, a Conservative government will
continue to support West Cornwall and our economic prosperity. I
firmly believe that we can do more to stimulate growth in this
constituency, and if I am elected as your MP I will work hard to that
end."

Owner of two restaurants in Porthleven, Jane Kereama, said: "This
village is entirely populated by small businesses, and we have watched
it go from strength to strength. The business environment has
definitely improved in the past five years, and we really appreciate
George Osborne coming here and showing his support".