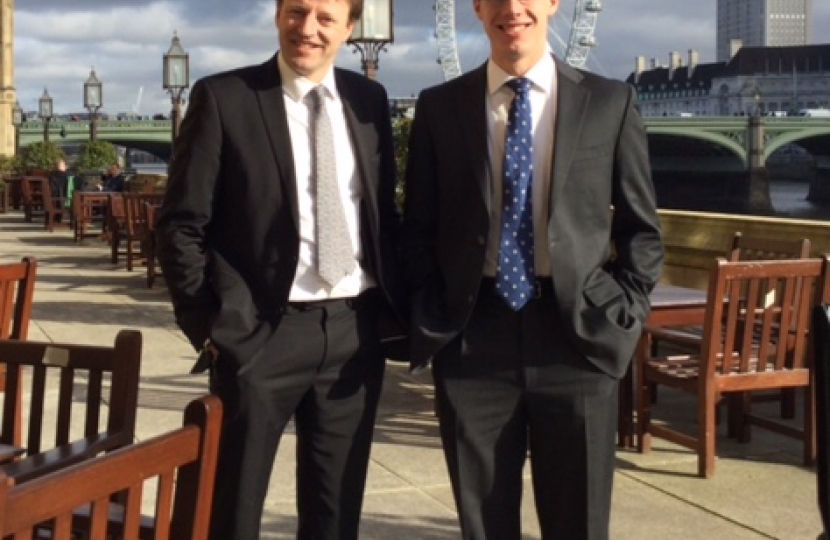 Everyone on the electoral role has the opportunity to vote in the referendum on June 23rd. Derek Thomas MP fully supported the Government's commitment to give the British public a vote on EU membership, believing that Westcountry residents have waited long enough to have their say. However, Derek accepts that the issue will dominate politics and the media for the next four months and it will be difficult to know who to believe. Derek, who has been a settled Euro-sceptic for many years, confirmed on Monday that he is more than likely to vote to leave. However, the West Cornwall MP firmly believes that the electorate should have reliable information about the UK's membership of the EU.
Derek Thomas has recently welcomed Gabriel Dreiman, an American intern, to work in his Westminster office as part of the Hansard Scholar Programme. Derek has asked Gabriel to produce an independent guide to the benefits or otherwise of our membership of the European Union. He invites constituents in West Cornwall and the Isles of Scilly to forward any questions or queries that they would like Gabriel to address in this guide.
Derek Thomas said, 'Many people have firm views regarding how they intend to vote in June. However, many others are unclear about what membership of the EU actually means for the UK, and media coverage over the next few months may not help to clarify things for them. As an American, Gabriel is well placed to collate the information and produce an independent guide that I hope will be useful as people prepare to vote.'
Your comments and queries can be sent to derek.thomas.mp@parliament.uk.