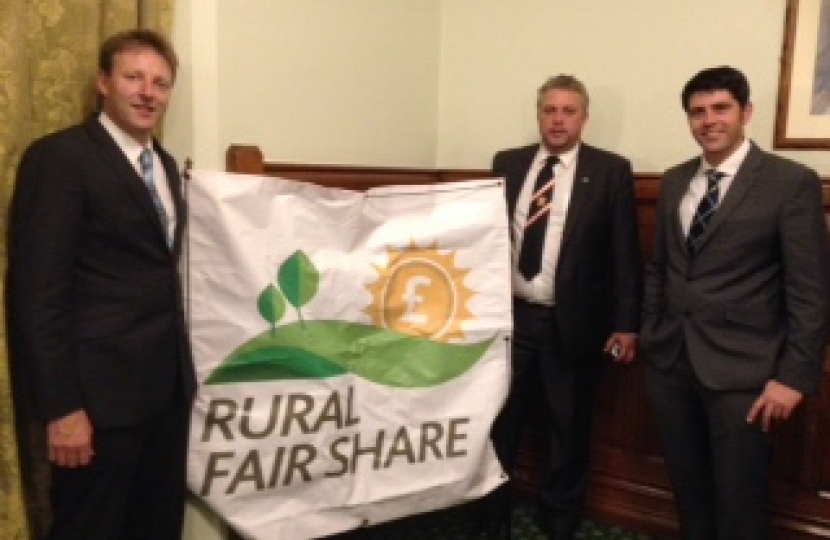 Derek Thomas MP for West Cornwall and the Isles of Scilly is joining forces with other rural MPs to renew calls for the Secretary of State for Communities and Local Government, Greg Clark, to address the problem of local government funding for rural areas. This follows sixty MPs from different parties co-signing a letter to Greg Clark in October, which called for a fairer distribution of the local government funding settlement for rural areas.

Under this year’s settlement, urban councils receive around 45% more funding per resident than their urban counterparts. At the same time, rural residents pay on average £81 more in council tax.

Derek Thomas is a member of the Rural Fair Share Campaign which is calling for £130 million to be redistributed to rural councils in the forthcoming Local Government Finance Settlement. This is the amount the Government still owes rural local authorities after it agreed to alter its funding formula in 2012 and give greater weighting to sparsity.

Speaking on this issue Derek said: “It is right that my colleagues and I continue to press the Secretary of State regarding the issue of funding for rural councils. We have made it clear to him that the current settlement is not fair on our rural constituents. Rural people on average earn less, pay more in tax and yet receive fewer services than those that live in cities. This is particularly important for West Cornwall because we are asking our parish and town councils to take on extra responsibility without ensuring they have the funds to adequately deliver these services. I am determined to do all I can to secure the funding for the services we rely on."

“I am grateful to the Secretary of State for taking time to listen to rural MPs and to discuss this vital issue. I now call on the Government to deliver a substantial increase in the funding for rural councils in the upcoming settlement, so that the continued unfairness on rural areas can be tackled.”